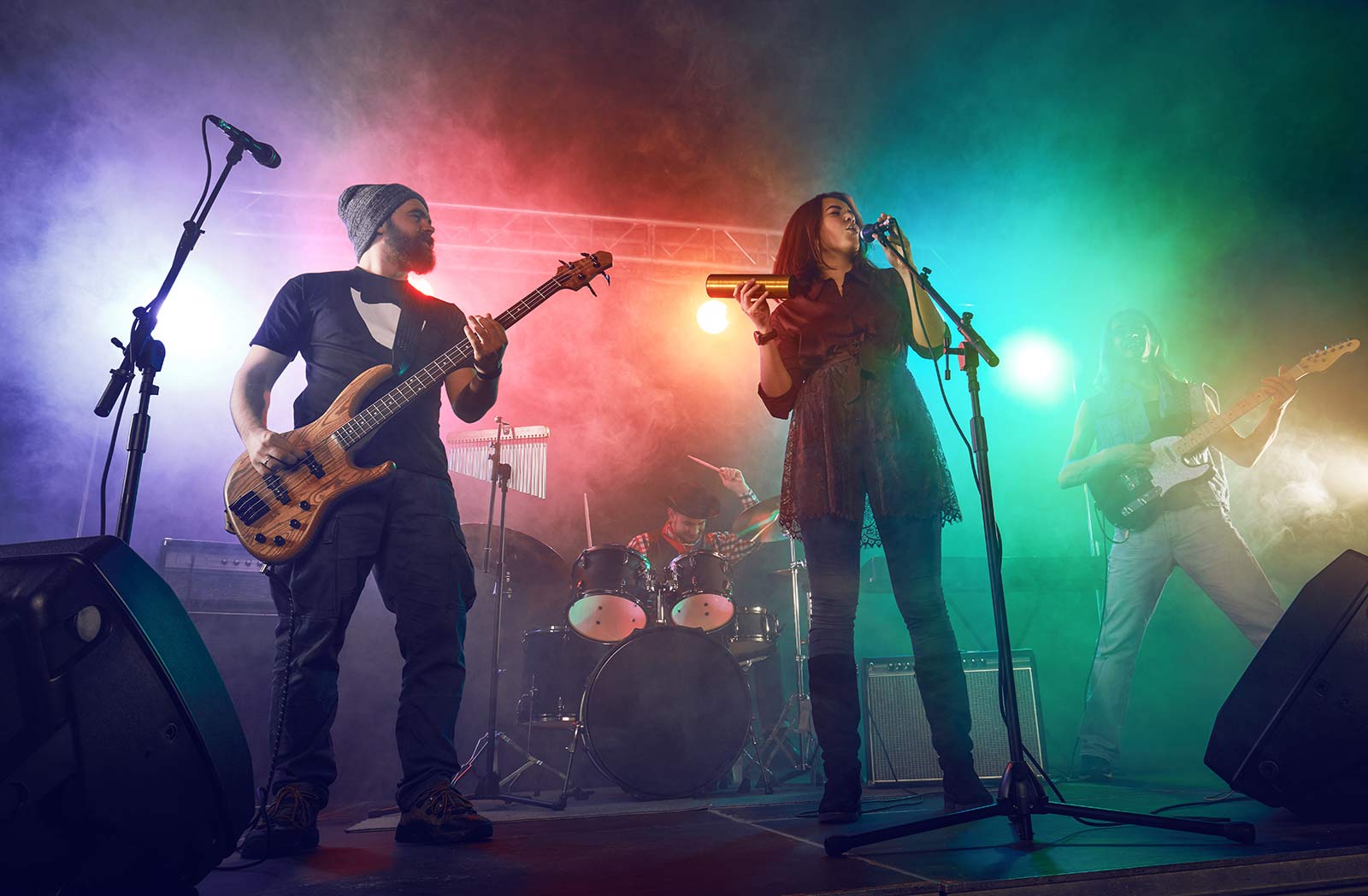 Choosing a name for performance purposes can be a minefield. It is difficult enough to think of an name that is short, memorable, suitable for the style of music you perform and reflects your personality, but this is also complicated by the fact that many names have already been registered.

It is just as important to register your name if you are a solo artist, as it is for a band. Registering the name you were given at birth is fine, as long as it is not being used by a signed artist. If this is the case then you will be unable to use your name without changing it. This can be achieved by shortening or changing the spelling i.e., Janet Jackson could become Jane Jackson, J.J. or Janet J. NEVER name yourself after an artist, band or group who have already been signed and are still currently signed especially when their identity is so popular that the name itself has become a trademark.

Avoid company and product names – it’s unlikely that they will give you free products in exchange for the advertising and if the name has been Trademarked you could be sued!

People associate the act or groups style with the name, so it is important to consider the type of music you play and the way you perform. Design a logo that includes the name and use it on all your stationary, promotional material and merchandise to build up a brand identity.

Pick something short and easy to spell, there is no point having a name that no-one can spell or remember as they will be unable to find you on the internet. There is also the danger of your submitted gig listings being mis-typed or spelt incorrectly by the magazine/newspaper.

Once you have chosen a few possible names, check to see if anyone else is using it by searching The Band Name Registry. Other good places to look include BMI and ASCAP. Both can do a search of their rosters for conflicting names. If the name has not already been registered, do so immediately! It’s free and you can register as many names as you like.

Take a good look at gig listings and check out annual Talent & Touring Directories. Avoid registering a name that is currently being used by another band. Even if they have not registered the name, they will be able to prove prior claim and may have trademarked the name or used a solicitor to register the name in case of dispute.

If your name has been registered or is being used by an act or pub band it is NOT acceptable to use the name. They have registered the name to prevent someone else from using it and causing possible confusion. Just because they are not signed or intend to release any material does not mean that they are not entitled to register and keep a name they thought of first!!

Choose a unique name before you start performing or you may have to spend money renaming yourself! An example of a band having to do this is our friends The Haunting A.D. They first started performing and releasing their own records under the name The Haunting, but later had to change this when another band in Canada was discovered to have prior claim. Consequently they renamed themselves The Haunting A.D.

When you register your band or act name you will receive a unique number that is the code your name is associated with, but it is also advisable to keep all press reviews/newspaper cuttings with dates intact in case of dispute.