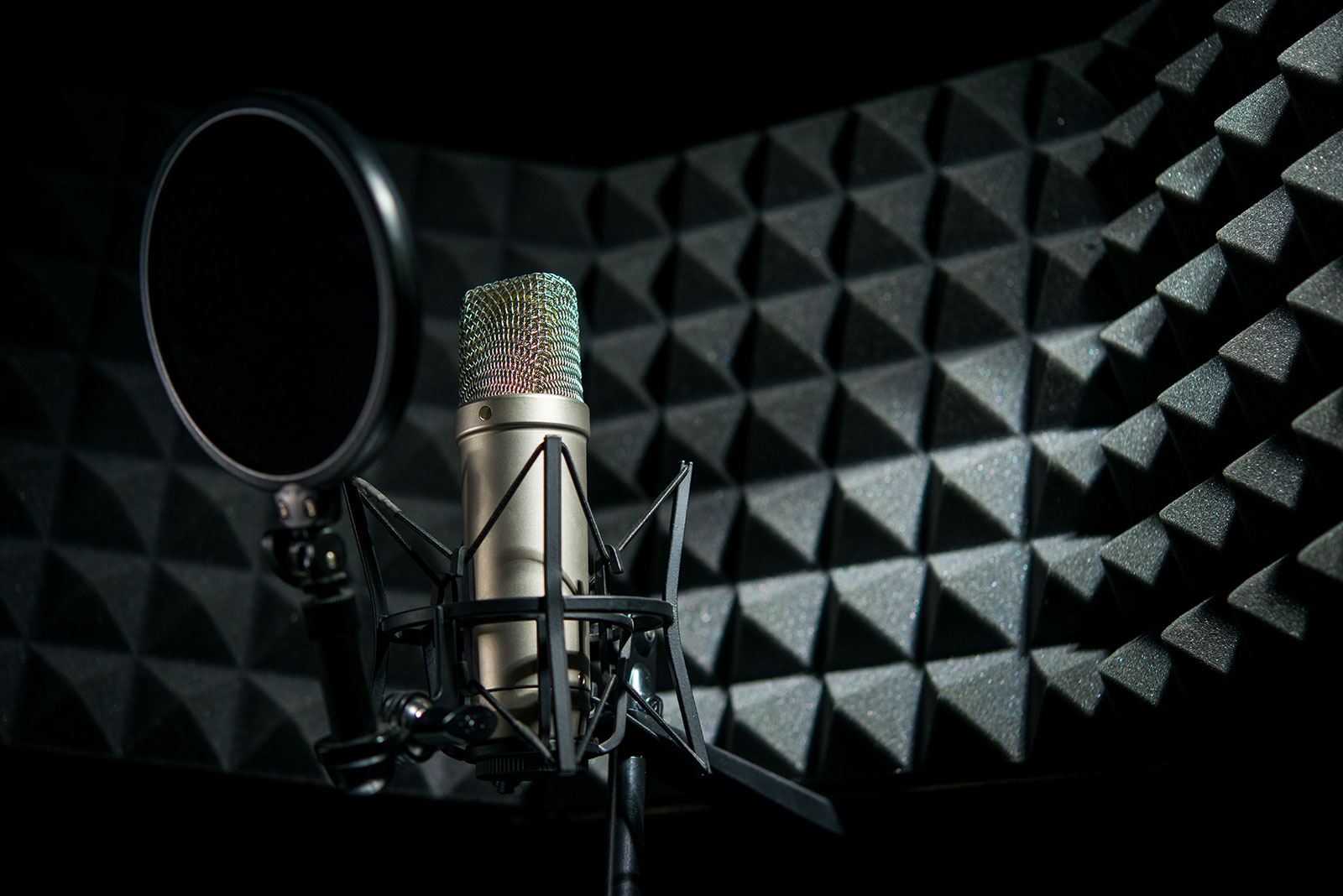 Whatever your budget, these microphones will help your vocals sound great on stage and in the recording studio.

How to Choose the Best Mic for Live Vocals

When buying a mic specifically for live vocals you need something that works with you to project your voice to the audience. Unlike a studio microphone, live mics are much more rugged, offer greater rejection of on-stage noise, and are designed to offer maximum gain before feedback.

Which Live Vocal Microphone is Right for You?

The correct vocal mic for your needs depends on your individual voice and the style of the music you’re playing. Pop and jazz singers will often go for more detailed sounding condenser microphones, whereas rock singers and rappers tend to prefer more robust dynamic models. Female singers often lean towards brighter microphones that give â€˜airâ€™ to their voice, whereas many male singers prefer mics that flatter the lower frequencies in their voice. These decisions are entirely down to personal tastes however and ultimately there is no right or wrong choice as long as it sounds good.

It can be a great idea to audition a range of vocal mics to see which one sounds the best to you and which you feel most comfortable working with at gigs. Below are our top picks to help get you started, whatever your budget.

This entry-level live microphone from AKG has become a bit of a modern-day classic. Despite its low cost, it has a forward and clear sound that helps vocals cut through a mix at gigs. It offers great feedback rejection and is built to withstand years of use on stage. The D5 has a natural boost in the higher frequencies that gives it a crisp vocal sound that often requires no additional EQ.

Sennheiserâ€™s live microphone have been used on stages across the world and are especially popular with female singers. Although the e835 is at the more budget end of their microphone line, it is still a very capable mic that lets your vocals easily come through the mix with a natural sound. It has a well-balanced low end that does not get as boomy as some other dynamic microphones do when you get close to the grille.

The Shure SM-58 is probably the most iconic live vocal microphone. It may have been out for decades, but it still a great choice for a stage microphone at any price. It is particularly well suited to male singers (especially rock singers) and has a reputation as one of the toughest mics ever made. Its cardioid polar pattern is great at rejecting feedback and it has a flattering proximity effect when you sing close to the pop-filter. Although some singers prefer Shureâ€™s newer Beta 58 mic (which has a super-cardioid pickup pattern and a slightly more forward sound), the original SM58 is still the top choice for thousands of singers on stage whether it be for headlining a festival or just playing a small local gig.

Donâ€™t let the price of this microphone fool you. The Sontronics SOLO is an impressive sounding dynamic vocal microphone with a rich low end and excellent off-axis rejection. It is slightly larger than a typical handheld microphone, but still feels comfortable in your hand and comes with a clip if you prefer to use it on a stand. The SOLO has a sonically pleasing sound that requires little or no additional EQ and feels natural to sing with. It comes with a lifetime warranty and performs well above the level its price suggests.

This is the first condenser microphone on our list; giving the mic a more â€œstudioâ€ sound on stage than the dynamic microphones mentioned previously. Although this is Sennheiserâ€™s entry level condenser, it is still a great sounding mic that is particularly well suited to pop and jazz singers. It has excellent feedback rejection and a slight presence boost to help your voice cut through the mix.

The Beta 87A is one of Shureâ€™s most popular mics. Due to its condenser capsule, it is capable of picking up detail and nuances in vocals that an SM58 would not. It is a bright sounding mic, but remains smooth and vocals come through clear and defined. It is available as a supercardioid (87A) or as a cardioid (87C) microphone, depending on your preferred microphone technique, and is a great choice for both male and female singers.

Neumann make some of the best studio microphones in the world, so it is not surprising that they also make one of the best live mics for singing too. This live condenser microphone is the choice of many top professional singers around the world (Norah Jones and Michael BublÃ©, to name a few). It has a well-balanced and detail sound that comes about as close as you can get to a studio vocal sound on stage.

If money is no object, DPAâ€™s 4018 is an exceptional mic that is built to the highest standards. It is available in a few different versions that offer varying sound characteristics and polar patterns; and you can even buy additional capsules and switch them on the body of the mic for different singers.

What are the Best Studio Microphones for Singers?

In this list, we look at some of the top microphones you can buy right now to record great sounding vocals at home or in the studio.

If you are looking for a low-cost condenser microphone to record demos at home with, the X1A is definitely worth checking out. Although not as refined as a high-end recording microphone, it is still capable of decent sounding vocal recordings in a home-studio setting and is a fantastic option for YouTube videos.

The ever-popular NT1-A is a fantastic choice for singers starting to record vocals at home. It’s a versatile large-diaphragm condenser mic that works well on recording a wide range of sources, including vocals, guitars and percussion. It’s also available as a bundle with a matching shock mount system, pop-shield, stand and XLR cable, if this is your first home recording setup.

The Bluebird is an attractive microphone that sets a high standard for a budget mic for vocal recording. It features similar design characteristics of Blueâ€™s higher-end mics and feels like a decent step-up from lower-cost alternatives. It produces a modern sound that is well suited to pop tracks that require a bit of â€œsparkleâ€ on the vocals.

The Shure SM7B is a classic. Despite its modest cost, it has been used on countless hit records over the past few decades. Unlike all the other mics on this list, the SM7B is a dynamic mic. Although the sound may not be as bright as a typical condenser mic, it has a tone that is well suited to styles such as Rock and Americana, where you want more of a mid-range focused sound to the vocals. It requires a decent quality preamplifier to get the best out of it; however for many professional singers it is the â€œgo toâ€ mic of choice and yet is affordable enough for most people with a home recording studio setup.

Many a hit record has been made on a Neumann microphone and, despite this being one of their more budget offerings this mic is no different. It is based around a capsule design that is derived from their venerable U87 microphone and has a broad presence booth that is particularly well suited to pop music. Compared to the U87 it lacks a little mid-range detail and is a touch more sibilant, however, it is more than capable of producing a professional sounding vocal recording (Billie Eilish, for example, used the mic on many of the vocals on her 2020 Grammy Award-winning album).

Warm Audio have a range of mics that aim to emulate the sound of famous vintage microphones that are out the price-range of most people. The WA-67 is Warm Audioâ€™s take on a Neumann U67 â€“ a mic that has been used on many classic albums â€“ and yet, their version costs around 1/5th of the price of a new one (let alone a good vintage one). It has three polar patterns to make it ideal for a wide range of scenarios and a EF86 tube to add a bit of warmth to your vocal recordings. If youâ€™ve ever dreamed of recording your voice on a U67, then the Warm Audio WA-67 is definitely worth checking out. (It is worth nothing that Warm Audio also do versions of other iconic microphones such as the Telefunken U47 and the Ela M 251)

The U87 has been one of the most popular studio microphones of all time and is still made to this day. As well as being a top choice for recording vocals, it is a truly versatile mic that works well for recording most instruments too. If you are looking for a professional level condenser microphone to for your recording studio, you will certainly want to consider getting a U87.

These microphones may cost the same as a small car, but they are found in many of the best recording studios around the world, and for good reason. They have been used by some of the greatest vocal recordings of all time and, for many singers, are the mics they dream of singing into. Unfortunately, this kind of quality costs money. For around half the price, you can get high-end clones of these mics from companies such as FLEA and Wunder that come close to being indistinguishable from the originals. That said, if budget is of no concern, youâ€™ll definitely want to add one of these to your mic collection if you are looking for the ultimate microphone for recording vocals.

Affiliate links: Vocalist.org.uk isn’t paid to promote any products featured in our music gear section although may earn a small affiliate commission when a reader clicks on a link and purchases a product from an external website.