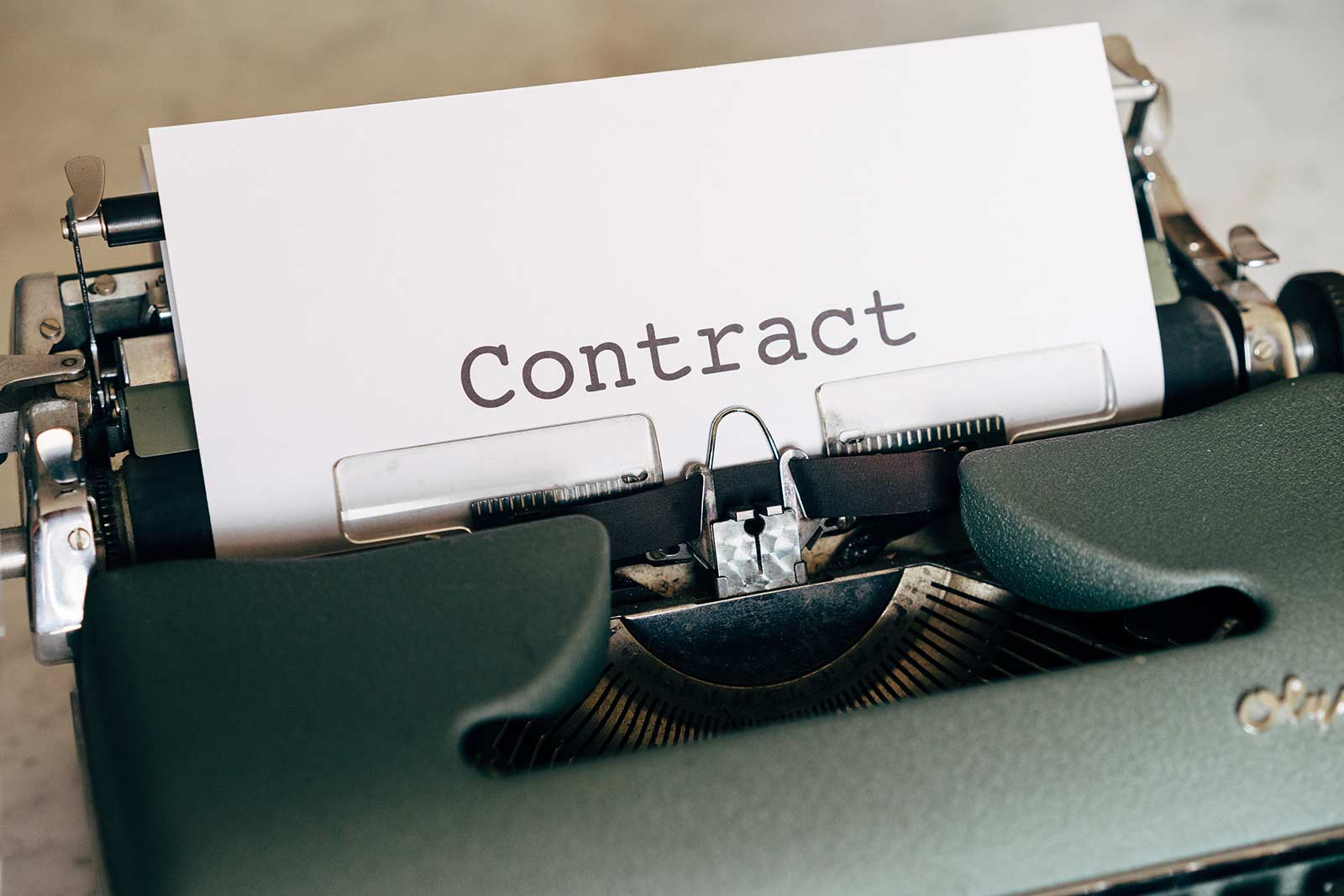 The following are an example of the general Terms included in a standard Publishing Contract, always seek the advice of a professional music Legal Advisor/Lawyer prior to signing any agreements.  Most publishers will want the rights to songs written prior to the agreement and/or started prior to but completed during the term of agreement unless they have already been assigned to another Publisher.  Royalties are usually paid to the writer every 6 months based on the amounts received or credited to the publisher who will also provide detailed royalty statements.  Click Here to jump to our links to Music Publishing & Publishers Listings.

1.  The amount of songs/compositions the writer is expected to deliver during a specific period and that the writer is signed exclusively to the publisher.  This is usually tied to a specific product i.e., an album of X songs written by the composer and/or co-writers

2.  An Initial Period – usually 1 year with options to extend if the songs have not been delivered, recorded or released, depending on the wording of the contract.

3.  Exclusive Extensions and Options – which will include further minimum commitments and time periods.  If signing to the publishing arm of a record company these terms may reflect those in the deal and both may co-terminate at the same time.

4.  The territories and period during which the Publisher may control and exploit the songs delivered in the agreement.  10 – 15 years or shorter for successful writers is pretty standard, the shorter the better as at the end of term the songs are returned to the writer who can then choose to exploit the songs themselves or assign them to a new publisher.

5.  A retention period for songs delivered to the publisher and not exploited during a reasonable period of time should be included which then allows these particular works copyrights to be returned to the writer.

6.  Territories is the term for the right to publish in various countries.  Assuming negotiation is possible the writer may wish to sign agreements with other publishers or set up their own publishing operation in certain countries.

7.  Royalties to be paid to the writer and the basis that these are calculated.  This can be either a percentage of ‘gross’ or ‘net’ receipts.  If the publisher will only agree to pay on the ‘net’ receipts received in the UK it is usually possible to negotiate a percentage of the gross retained by sub-publishers will be set at a reasonable level, otherwise the writer who shares the income will not receive very much!

8.  Percentage of Royalties – for most writers this ranges between 60% and 80% of gross income which also applies to the publishers share of performance income.  50% of gross performance income is also paid direct from PRS if the songwriting performer is a member.  These figures are reduced in the case of ‘cover’ versions (songs not recorded by the writer as an artist), although there are exceptions to this.

9.  Advances – this is an income paid to the writer, sometimes in instalments, in advance of receiving royalties on songs written.  These reflect delivery and release of a product similar to a record deal although there are other alternatives, i.e., instalments linked to signing a publishing deal and/or record deal.  The publishers advance is repaid only when royalties are received from exploitation of the product, if it doesn’t sell the writer will often be expected to repay the advance at the termination of contract depending on the terms of agreement.

10. The definition of an acceptable record deal should make provision for signing with alternative companies other than the five majors.

11. The waiving of moral rights and full assignment of the copyright in the songs subject to the agreement by the writer to the publisher.  Clauses should be included to prevent usage of work which has been detrimentally and materially changed, i.e., the addition of parodic, lewd or derogatory words to the original lyrics.

12. Publishers Obligations – Vague wording to the effect that the publisher will use reasonable endeavours to exploit the songs delivered by the writer are pretty standard as most publishers like to keep their contractual obligations to a minimum!  Occasionally a publisher will agree to provide home studio equipment, demo facilities, tour support or large equipment costs but any expenses like these are expected to be recoupable. a) Registration of works to worldwide collecting societies to ensure collection of income should be undertaken by the publisher on behalf of the writer.

If you are a Musicians Union member and have been presented with a management, recording or publishing agreement, you should send a copy of it to:
THE CONTRACTS ADVISORY SERVICE
Musicians’ Union
National Office
60-62 Clapham Road
London
SW9 0JJ
who will offer advice and any amendments they feel might be suitable.

British Academy of Songwriters and Composers
have a standard contract which is used by many UK Publishers.

A wide collection of Music Business Contracts can be purchased from A2Z although please note these are US orientated and will need adjusting to reflect your countries requirements. For a list of legal resources and music business advisors visit our Music Lawyers section