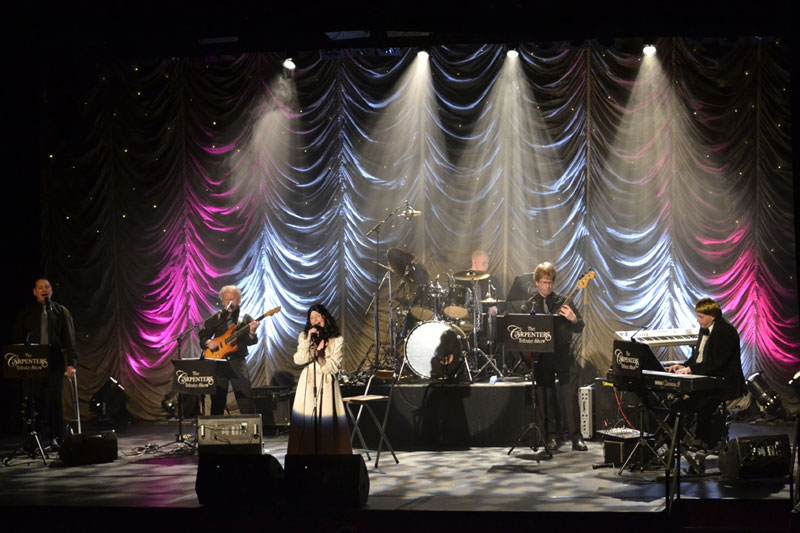 Starring Nicky Moran as Karen Carpenter, along with her amazing 6 piece band, the Carpenters Tribute Show brings a fabulous and nostalgic evening of entertainment, enhanced with authentic costumes.  All musical arrangements have been lovingly and authentically recreated just as Richard intended them.

Reliving the classic hits such as – Top of the world, Close to you, Superstar and their biggest selling single “We’ve only just begun”

Book with complete confidence direct or through your local entertainment agency.