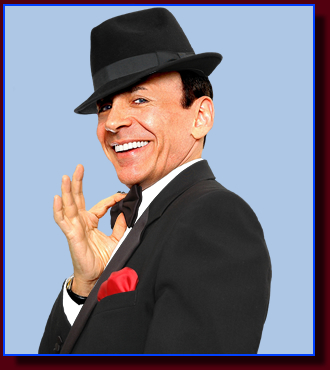 Monty Aidem made a name for himself as a young TV comedy writer for American stars like Johnny Carson, Dean Martin and Frank Sinatra.

Now Montys focus is his Frank Sinatra tribute and Frank Sinatra sound-alike voice-overs.  He has been seen on network TV in the U.S. portraying Sinatra.  And he has supplied Sinatra style voice-overs for top radio shows, commercials, and productions including a TV special celebrating the Frank Sinatra Golf tournament.

Monty lives in Los Angeles, and performs often in Las Vegas, San Diego and Los Angeles.  He has also appeared many times in Palm Springs, where he performed at two former Sinatra residences both of which are preserved as they were when the Sinatras lived there.