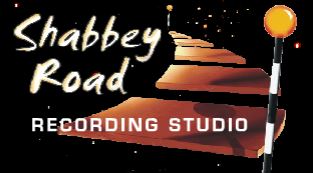 Shabbey Road Studios, based near Cardiff in South Wales is run FOR musicians BY musicians. We are easily accessible from Newport and Swansea.

We currently have 3 experienced Producers/Engineers/Arrangers and in-house musicians in 2 studios with combined credits too long to list…but we’ll have a go!